The End of Freedom 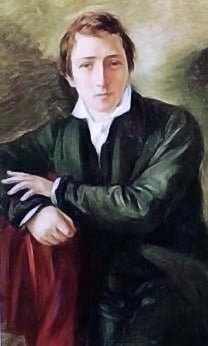 The End of Freedom

The end of freedom

With freedom it’s a strange thing:

One can chase freedom, but one will never reach it. You can try to catch her, but then she will escape you. One can only win her by constantly courting her favor. And I would even go so far as to say that it can only be won in battle.

The peoples of Europe are dealing with the pandemic very differently.

Where does it come from ?

In my opinion, therefore, that apart from the Germans, everyone else not only had to fight for their freedom, but also successfully won it.

Therefore, the value of freedom in every Italian, French or Pole is very different from that in the German people.

Admittedly, I was very surprised that the leveling of European lifestyles that has taken place over the past few decades has disappeared almost overnight.

It is extremely depressing to see how easily people in Germany gave up a freedom that they never had to fight for.

It was given to you as a gift from the Western Allies, and as a result it was probably never appreciated in the way it deserved to be preserved.

The situation is somewhat different in the former GDR: Similar to the other neighboring states of Central Europe, mistrust of state institutions is deeper based on historical experience. Especially since, as a citizen of the affected federal states, one still has to live with the feeling of having become a colonial entity of West Germany, while the Czechs and Poles have not been condemned to become permanent minorities in a new state.

This is also currently evident in the protests against the Corona policy. This protest seems to reflect a much deeper anger and powerlessness or lack of trust in state institutions in the East than in the West.

Freedom is a very delicate good. Actually, so the lesson of the present seems to me, no people is capable of freedom that has not fought for it at great sacrifice.

It is not about the pros and cons of vaccination or the usefulness of individual so-called measures (this expression from Orwellian aesthetics alone should warn of caution). It is more about awareness of the value of freedom.

If this awareness were really present in Germany, many things would have been arranged completely differently.

In Germany exactly the opposite is done:

One acts as if everything is still within the normal legal possibilities. De facto, however, there is a state of emergency with restrictions on the most fundamental freedoms, in which entire sectors are also being led to ruin or into state dependence,

Legal certainty is also no longer given due to the constantly changing chaos of regulations. Correction by way of legal action is also not possible in practice, since the slow judiciary cannot keep up with the constant enactment of new regulations.

In this way, the control function of the judiciary is effectively abolished.

This continues to reinforce a trend that was very ominous even before Corona. Many citizens no longer perceive competing parties that set themselves apart through their concepts and values, but only “politics”. The fact that the profession of politician has become more and more professional over the last few decades is now proving to be another weakness of parliamentary democracy.

Even with the Greens, who at the beginning of their time still provided for a division of mandates within a legislative period, we always see the same people as actors.

What all parties have in common is an unhealthy dominance of lifelong careerists without professional experience outside of politics, as well as a disproportionate predominance of teachers and other civil servants who in contrast to freelancers and entrepreneurs, they never had to take their own financial risks.

Unfortunately, it is obvious that it is difficult to find understanding for the companies that are currently collapsing under the arbitrariness of state regulations.

But the slippery slope that the ruling parties have embarked on since 2020 goes even further:

Atmospherically, it led to something that I’m sure no one could want:

All block wardens who have been off duty for so long now feel called upon to come back on duty to harass those around you.

This sometimes goes against opponents of vaccination, sometimes against entrepreneurs and increasingly against people who look foreign.

While arguably none of the ruling politicians want to promote xenophobia and racism, they have done just that through an unwillingness to take responsibility and act proactively.

Now a country has emerged that has long been forgotten:

I wish I didn’t have to state that. But the contrast with the rest of Europe is too obvious to dismiss as mere coincidence.

The reason for all the measures & regulations may in any case be due to concern for the population.

But what has been created sets a very dangerous precedent.

From now on, the Basic Law can be de facto overridden on the basis of any real or imagined threat without the judiciary having to correct it.

I only have to replace a head of authority at the RKI to introduce an effective state of emergency, with which I can change the economic system in an elegant way. Many companies that previously acted independently are thus made dependent on state subsidies and the social market economy is transformed into a regulated and planned economy.

I am very pessimistic as to whether this will be resolved in the foreseeable future. Through carelessness, sloppiness and negligence, spirits have been unleashed here that are not so easy to get rid of.

The alienation of politicians and public broadcasters on the one hand and a large minority of the population will only increase.

It won’t be long before the first calls “Wessis Raus!” are heard in the East.

And that will be just a taste of the rifts that will open up within communities. And who should then be the longed-for skilled workers who immigrate to this country where even the current residents no longer feel comfortable?

The loss of freedom happens in bits and pieces.

How do you get them back?

In its entire long history, Germany has never managed to gain freedom on its own.

Why should it be different this time?

But this text should also be concluded either with humor or with uplifting literature, so I would like to take the opportunity to rediscover Henri Heine, with whom it then sounds like this:

or also with Georg Danzer, a wonderful singer-songwriter from the Ostmark who died much too young: